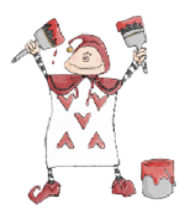 Remember Alice in Wonderland?  Her story started in her ordinary world with her sitting under a tree, reading a boring book. The instant Alice saw the White Rabbit, her life changed. Great stories begin with a protagonist (a hero or heroine) going about their regular life only to have some "white rabbit" appear, plunging them down the rabbit hole of change--and into a wonderland of adventures.

Alice's story didn't need a prologue. To be honest, a prologue is ineffective for two basic reasons:

a) the writer has a misconception about what the true purpose of a prologue is, and
b) the prologue has no value to the reader because it is a messages-in-disguise from the writer's storytelling self, which was meant strictly for the writer in order that they could write the story.

So what is a prologue?  A prologue is a writing device that introduces or foreshadows a foreboding element— one that cannot be incorporated into the main story but which is essential to the reader anxiously worrying, or becoming keenly curious, about what will happen in the story.

The five "foreboding" elements are:

1) An aura of violence, such as a murder, a heist, a stalker, or the evil emperor about to blow up the universe. The reader anticipates sitting on the edge of their seat to know the story's outcome. The explosive opening of the movie Die Hard With a Vengeance is an example.

2) A sense of the romantic, such as "matchmakers" (children, meddling relatives, friends, neighbors, angels, fortune tellers, etc.) who plot from the onset to get the hero and heroine together.

3) A historical event (real or imaginary depending on the genre) that must be explained to the reader to set the stage. For example, certain time periods in the Crusades, or say the Civil War, where the story is based on a little-known political, moral, ethical, or social issue or the norms of that era. This also applies to science fiction and fantasy where the reader requires an anchor in a new "universe" or an unfamiliar "world order."  Recall the opening of the movie Star Wars. Without that lead-in screen of words, the viewer has no idea where--or when in time--the story takes place.

4) An incident that foreshadows the entire novel. In my novel, KARMA AND MAYHEM, the samurai's reincarnation had to be explained to the reader because the samurai didn't make an actual appearance until Chapter 22. However, because the prologue dealt with the story's stakes and the samurai's part in it, the reader understood the behind-the-scenes actions of that samurai when the characters did not. (By the way, this is the only story I've ever written that needed a prologue.)

5) A sense of drama with a characterizational sketch or vignette that is so important that without it the story would fail for the reader. The ideal use of this technique is to foreshadow the story's antagonist (the villain), leaving no doubt in the reader's mind about the menace that villain poses. If a prologue is a sketch about the protagonist, then that's back history and should be incorporated into the story as the story unfolds.

Let me put it another way:  When an idea transforms into a story, the storytelling self provides a bounty of information, much blatantly obvious, some disguised in metaphors and imagery, and an initial "prologue dump." Sure, every word acquaints the writer with the characters and the story's plot and conflict, but does the reader need to know all of that from the very start? No.

Dealing with what the writer must know, and the reader needs to know, is like having a conversation between Alice (the writer's logical self) and the Cheshire Cat (the paradoxical storytelling self). In the confusing banter, a prologue may initially seem worthwhile, but unless it meets the criteria of one of the five foreshadowing elements, the reader isn't likely to find the rabbit hole.

So, when a story begins, isn't it better to forgo the use of a prologue and, instead, produce a White Rabbit for the reader to chase through the pages of a grand adventure?

***for a copy of the complete article "The Purpose of Prologue" go to: http://www.rimstoneconceptsllc.com/Purpose-of-Prologue-PUB-0005.htm


**** This blog is updated the first of each month.  May's topic: Don't be a grammar slave master with dialogue

****Be sure to use the contact form for my private mailing list, which will notify you when this blog is updated, just go  here or join me at my author's group (they get the news first!)
# # #
Posted by Catherine at 10:51 AM 4 comments: