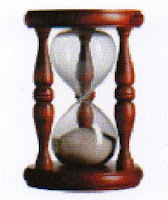 It's estimated that in this day and age, you-the-writer have only eight seconds to catch a reader's attention with your story's opening. In other words, that opening must make the reader curious enough to read each word to get to the end of the sentence, then move on to the second sentence, and then the third sentence, and so on until the reader is engrossed and turning pages.

That’s also why what the writer wrote that triggered the story is not usually the beginning of the actual story for the reader. It’s been said that anywhere from one to six chapters or more often are words that the writer needed to write in order to understand the story that needed told.  Indeed, much of that pre-writing is back story, back history, setting details, and information to understand the setting, characters, and the plot.  It’s only after the first draft that the writer can look over everything and seek the “inciting incident”—that triggering element that actually starts the story rolling for the reader.

Because every story is different, there will be variables with how a story opens, but are there specific openings to avoid? Sure there are, and here are my pick of five elements to avoid using:

1) Avoid descriptive openings about settings or scenery because by “painting sunsets” or painting the stage, nothing is actually happening. In other words, when no person is doing something important, there is no action, no drama, taking place.  The secret to an opening is to present the reader with an interesting protagonist to care about, one who is in an interesting setting, and one who has an interesting problem to contend with or a dilemma to solve.

Here is an example of a descriptive opening that fails: On the horizon, swiftly barreling down the valley between the high peaks, came black thunder clouds.  Pitchforks of lightning flashed from sky to ground but were replaced by a deluge of rain.  The creeks and gullies soon filled with water . . .

Some might say this omniscient, viewpointless opening sets "the story tone," one of threat, but it doesn't because no ONE person is affected by the storm nor is the storm seen from the POV-Viewpoint of any character with something at stake. Now, try this version:

Glancing at the horizon, Marsha watched the black thunderclouds swiftly barreling down the valley between the high peaks of Iron Ridge. Pitchforks of lightning flashed from sky to ground but were soon obscured with sheets of rain. She had the herbs that could break John’s fever, save his life, but could she make it to their cabin before the gullies flooded?  Five miles.  Only five miles away . . .


3) Avoid describing a character performing an ordinary activity by themselves. The key words here are: a) “ordinary” and b) “by themselves.” First, "mundane" activities include taking a shower, washing dishes, walking the dog, making a cup of tea or coffee.  Such routines are boring to readers.  And when a character is alone, there isn’t anything happening that is dramatic, and that tends to stop the story's forward movement.  Noe: This is not be confused with direct discourse or internalizations by a character/protagonist who is facing some dire decisions, or making a vital decision or action that gives them a goal for the next scene.


4) Avoid lengthy family or character history, back story, or flashbacks as an opening.

In other words:  Don't tell everything all at once but when it is absolutely necessary for clarity and for the reader to understand at that point in the story. As I mentioned last month, the writer may need such information to write the story itself, but the reader doesn't.


5) Avoid using an attention-getting gimmick as a hook.

Often these are catchy-sounding one-liners.  This type of hook often stands on its own, but it may fail to reflect the tone or mood of the story that follows.  Here is an example: John killed two people and didn't think twice about pulling the trigger.  This is a great opening hook, an attention grabber and the reader wants to read on.  However, if this should be followed by back history like: With four brothers and a sister, he grew up in the little city of Mudville, Pennsylvania, where he had a normal Catholic upbringing . . .  Well, that back history is a letdown and boring—and tends to turn off a reader.

As always, it will be in revising that the correct starting place for a story can be determined and work begun to rewrite an opening that will hook a reader into the rest of the story.

MAY 2013 - So you're writing your first novel? The Prologue Pitfall 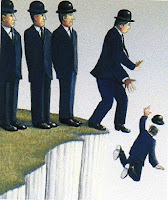 Stories begin with an idea. That idea may be a plot premise or a character, a setting, some detail, or anything. However, the bottom line is that an idea spurs the imagination, intrigues, and has the story subconscious thinking and providing more story details.

Among those "ideas" is what a newbie writer considers a prologue. After all, that prologue contains the idea for the story, the idea behind the plot, or leads to defining the characters, right?
Not so right. Most of the data a newbie writes is so they, themselves, can understand the plot, the characters, the setting, (the story world), and more. However, only ten percent of that initial effort will end up in the story itself because the reader does not need all that detail. The reader needs only what is necessary to understand the story at that particular time in the story.

But here's a secret: prologues work best for very complicated stories. I did research at two local libraries and discovered that most multi-published authors didn't use a prologue until they had written about six books. Why was that, I wondered. Well, further reading-research proved that the initial stories were simple plots. It was only when the author grew as a storyteller that there was a necessity for including a prologue, because without that prologue the reader would be absolutely clueless about some critical fact. In other words, nowhere else in the story could the crucial information be put but in a prologue.

**** BYLINE MAGAZINE published my original article on "The Purpose of Prologues" and it is available from Rimstone Concepts. This article also lists additional pitfalls, facts, and four other reasons a prologue might be included in a work of fiction. ****


THE SAMPLER IS UPDATED THE FIRST OF EACH MONTH WITH A NEW TOPIC. *** @2013 by Catherine E. McLean * www.CatherineEmclean.com