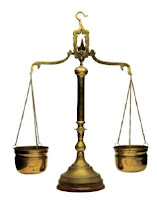 
Imagination and creativity may be the source of tales, but without a logical way to present the story, the reader won't buy the book and the reader won't be able to suspend their disbelief in a fictional or fantastic world.

I believe writers should stop the battle between logic and creativity. The two can work together. The two can become a system that works to structure creativity and produce work in a timely fashion, which nets the writer less frustration.

One of the tools of structuring creativity is the development and use of cheat sheets. Such cheat sheets take the form of forms, lists, questions, and reminders. Reminders can be instructions to do this and not to do that. Reminders can be material taken from online or how-to book sources (sort of refreshing both the logical mind and the subconscious).

Ideally, such forms, such cheat sheets, will add just enough structure to avoid countless rewrites, going off on tangents, and ending up with a story that fizzles.

When drafting a story, most writers put down the first thing that comes to mind, which invariably turns out to not fit the story or scene or character. Once the writer realizes the problem, or has a critique partner point out the problem, the writer quits the tale. Why? Because they don't know how to fix the problem or it's just too much trouble to go back and make changes.

So, if you're finally frustrated with story ideas that dwindle to oblivion or minor characters taking over the story, or the story hanging a hard left turn into a corner, or you hate rewriting ad infinitum, then consider structuring your creativity.

One example of a cheat sheet that will prevent a secondary character from taking over the story is a "Master Character Work Sheet." This master form will be used solely for the story's protagonist, antagonist, and if you have one, the Second Major Character who is usually the Romantic Lead.

This master sheet can take whatever form you need. It might be a questionnaire or interview sheet or a list of key questions to get at the core of the characters values and morals. Those questions also cover appearance, family history, work history, education, likes and dislikes, and the way the character thinks and acts. No other character in the story gets such scrutiny or attention except the three main characters.

Best of all, you get to know those main characters and how they are alike and opposite. You'll discover what buttons to push to drive them and the plot and the story. You may also discover the theme of the story and realize the inevitable resolution. All of this done before writing that first draft. All of this done without wasting words or rewriting. And when you do write the draft, it will be so much better. And don't forget, there will always be rewrites because only a genius could turn out a perfect manuscript from the get-go.

Someone will say structuring creativity and creating forms is time consuming. They'd rather write and find out as they go. Okay, then as you finish your day's writing, post what you learned to your character worksheets and other forms or lists. That way you'll prevent contradictions and inaccuracies.

Keep in mind that all story worksheets must be tailored for you because no two minds create alike.

Although I discourage people from using online and forms in how-to books on writing, there is nothing wrong with picking out salient points and questions to form your own work sheets.

Lastly, every producing writer has a process. The definition of "process" is: a particular course of action intended to achieve a result.

If you want to write more fluidly, turn out completed stories that readers will enjoy, then consider how liberating it will be to have forms to keep you on track and which help you create twists and turns in a plot that will wow readers.

Click on the logo to get FREE Cheat Sheets for -


POV-Viewpoint - how hard is it to learn