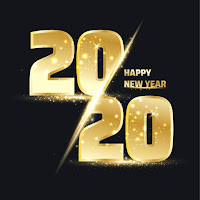 A Note from Catherine E. McLean — This is the first Writers Cheat Sheet Blog post of not only the new year but also for a new decade. Each month this year the topic will deal with Job Titles for Story Characters.
As 2020 begins, I thank all you readers and writers for the past decade of subscribing to this blog - and for striving to learn the art and craft of writing well, but more importantly, striving to tell a story well.
I sincerely wish you joys and successes in reaching your 2020 writing goals. Happy New Year! 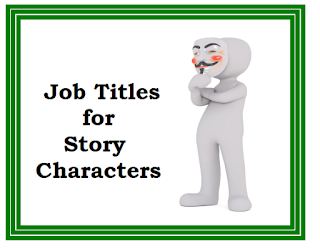 
Have you ever heard someone say a story had "a cast of thousands?"

What is a "cast of thousands?" It means the story had so many characters that the reader became confused by who was supposed to be the actual hero or heroine of the story.

It's been said that it takes 1,000 words to introduce a character to a reader. Can you see where that leads? To way too many characters, which leads to a convoluted story line, or one of those "new" characters takes over the story or the story line goes off on a tangent. In the end, the story dead-ends or is unwieldy and nearly impossible to self-edit, let alone edit for publication.

Why does overpopulation of characters occur? It most often happens during the heat of drafting when a writer finds they need a piece of information or a certain plot point or twist revealed. At that point, the writer figures it's easier to just create a new character and keep on writing. Doing so for each instance exponentially increases the number of characters—which is not a good thing.

What can be done to avoid overpopulation? The answer is simple— the writer should stop and think. The writer should ask Who else in the current cast of characters can discover, overhear, or in some way become aware of that particular piece of important information and get that information to the character who most needs it (like the Protagonist or Antagonist)?

If you're not familiar with the hierarchy,  you're in luck. This year's Writers Cheat Sheet Blog will focus on the various job titles and, more importantly, the job descriptions of said characters.

Knowing precise titles and descriptions helps limit the overpopulation of a story, thereby making for a far more enjoyable and more marketable tale.

Please let your writing group or your fellow writers know about this year's blog focus and stop back next month for a look at the story job title of the most important Major (or Main) Story Character —  The Protagonist.

*****P.S. In my guidebook for writers, REVISION IS A PROCESS, there is a "Characters Per Story" Cheat Sheet that shows the number of characters the various story lengths can accommodate. If you'd like a copy of that Cheat Sheet, you can purchase it HERE  ($1.00).