March 2014 - Don't get cute with spellings or names

A rose by any other name would smell as sweet is commonly quoted from William Shakespeare's play Romeo and Juliet, in which Juliet argues that the names of things do not matter, only what things are.

If you're a writer, I can't stress enough that a name is the first tag of identification a reader SEES when they read a story. That name makes a first, and a lasting, impression that doesn't allow for do-overs.

You see, the moment a reader's eyes alight on a name, the voice inside their head sounds out that name. As the sound resonates, the mind calls forth references accumulated in the subconscious over a lifetime of media input (TV, books, movies, etc.) and real life encounters of real people. The mind then conjures "a person" to belong to that name. The question is: does the reader's image match the one the author had in mind?  For example:       Eli   or   Elli
The first name, Eli, is a male name.  The second, Elli, is a female name. One L is the deciding factor between a male and a female character to the reader.

I share this with you because I once found the above name in a published short story. When I came to the word Eli, my mind went to an archetype of characteristics for a male protagonist (a proud man, with a dynamic nature and with the drive of a biblical man of authority.)  It took several paragraphs before I realized that the name I was sounding out in my head was doing feminine things. That confused me. Then, in one telling sentence with pronoun references, it became clear that the name was misspelled and should have been Elli, a woman.

My reaction was to stop reading right then and there. My second reaction was "how dare the author confuse me!" Well, such reactions are typical of most readers. Once "hoodwinked" like that, readers become skeptical about the author's credibility to tell a story. The result is that hoodwinked readers avoid buying or reading by that author again.

Now if you're thinking: why didn't the editor catch this before publication? I have no idea—and that short story was not an e-published one but from a reputable hard-cover press.

So, here's a cheat-sheet worthy bit of advice:

* avoid incorrectly spelled gender names (don't let the reader think it's a woman when it's a man)
* avoid using gender-neutral name if at all possible for they can become extremely confusing (for example: Sidney and Noel had a date. Which is female? Which male? Or are they of the same sex?)
* avoid names that are impossible to pronounce except by the author
* avoid names that sound alike and/or start with the same letter of the alphabet, thus creating sing-song names (for example: Bill, Jill, Phil, Lil, Will)
* avoid innovative spellings of names that can't be quickly sounded out by syllables (in other words, no Zacoetkatanahtku which will make the reader work so hard they end up calling the character "Bob" or "Z" or "Zaco")
* avoid inventing names because they will have no obvious meaning  (every name has a hidden or obvious meaning associated with it, for example: Sarah, Sara, Sarrah, Saree, Xara, Jada, Sorcha, and all the other forms of Sarah mean "princess." In other words, no matter how her name is spelled or in what language, a Sarah will embody some aspect of a princess. Whether that "princess" quality is good or evil, well, that's another story.)

So, strive for simple, archetype names, and names with built-in characteristics of character (not stereotypes). Strive to use names that resonate consciously and subconsciously by their sound quality. And, lastly, strive for spellings that look as good as the name sounds. That's triple insurance to insure heroes, heroines, and villains vividly come alive on the page for the reader.

After all, a rose by any other name just might not smell the same.

To be notified of updates to this blog, join me at Starscape Fiction  (at -  http://tinyurl.com/StarscapeFictionGroup )

PS - I'm thinking about giving a workshop on "The Noise of Their Name" - everything a writer needs to know about generating and using names for characters (heroes, heroines, villains, sidekicks, etc.), places, props, weapons, gadgets, businesses, ships, aliens, fantasy creatures, etc. If you'd like to be notified about this workshop, please go here. 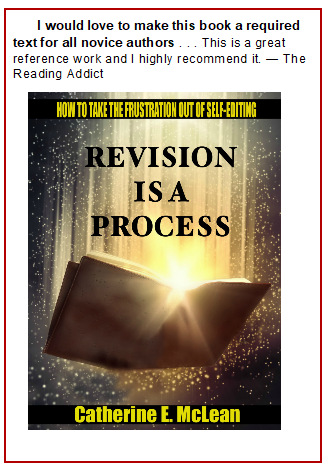