2017 - May - Nightmares for Authors— Freudian Slips, Miscommunications, or Worse 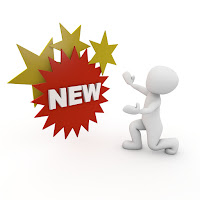 SPECIAL ANNOUNCEMENT!
Revision is a Process - How to take the frustration out of self-editing is now available at Amazon.com. This paperback guidebook contains the 12-steps from the 2015 Writers Cheat Sheet Blog entries as well as more information, examples, secrets, tips, and practical advice on self-editing that can revise and polish a manuscript with less angst.  Details can be found HERE


He that has eyes to see and ears to hear may convince himself that no mortal can keep a secret. If his lips are silent, he chatters with his fingertips, betrayal oozes out of him at every pore. —Sigmund Freud

The can't-see-the-forest-for-the-trees syndrome strikes authors all the time. We are so close to our work and the creation of our fiction and fantastic stories that we are not aware of minor miscommunication between our conscious and subconscious brains that result in problems, like Freudian slips.

A Freudian slip is an involuntary word substitution that supposedly reveals something you're repressing, hiding, or simply trying not to talk about. On the plus side, such faux pas are the tools a writer can use to mangle a character's speech and add levity to the story, or at least at that point in the story.

Technically a Freudian slip is a parapraxis, which is 'big word' but it really is a minor, inadvertent memory mistake, one linked to the unconscious mind.

Such slips are even said to reveal the unconscious's secret thoughts, beliefs, wishes, and feelings. A great many Freudian slips seem to have a basis in sex drives or sexual repression. For instance, someone calls his or her spouse by an ex's name. A character, too, can do that and so that's something worth keeping in the draft if your intent is levity, or realism.

Of course, many Freudian slips lead to laughter, after all, laughter breaks the tension of the shock and embarrassment of what you realize you wrote (or said) or how you let your mind wander.

Such slips of the keyboard or pen include writing a scientific explanation between a hero who's smitten by the heroine and explaining, "The orgasm multiplies exponentially." instead of "The organisms . . . "

And while drafting a scene to a medieval romance, I once described the castle's giant fireplace as being sex men wide (instead of six men wide). I'm still trying to live that one down with my critique group.

Have you made any Freudian slips in your writing or stories? Have you found one in print? Please share one in the comments because I would love to collect a few more for my files.