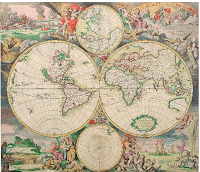 A people without the knowledge of their past history, origin, and culture is like a tree without roots. — Marcus Garvey


In this segment on world building, we'll delve a bit into medieval, steampunk, and futuristic world building. In these three areas, believability is paramount. So let's begin with—

What medieval readers dislike the most is a story filled with inaccuracies of the story's era, histories, and setting details. Often it is the simple things that foul up a read. Take pockets.

Because I am an SCA member (https://www.sca.org), and I sew my own costumes, I became aware that pockets as we know them today, didn't come into vogue until the 1600's. So what did the peasant or aristocrat use for pockets? Depends on the era. And a wise writer will embrace the adage of "Don't assume. Know (or look it up)."

Keep in mind there are a lot of reenactors and reenactments held. Those enthusiasts know their era and how to replicate things of their era. So, if you write historic, go to such events and demonstrations. And do any other research that's necessary so you discover the gems of attire, tools, etc. that you can insert into your story.

The setting for steampunk is usually the British Victorian era or the American Wild West. Sometimes it might be in a future or fantasy world that uses steam power. Browse images on Pinterest (https://www.pinterest.com) for  visuals. And don't forget the character's costumes will have leather, clockwork devices, etc. ( https://www.pinterest.com/catherinemclean/steampunk/).

The definition of futuristic is something that has to do with the future, or is ahead of the current times. Examples would be The War of the Worlds, Foundation, Ender's Game, or Dune.

The setting will often be a different planet or our own Earth decades or centuries in the future. Writing a future world will entail world-building that provides some chronological base from which Earth changed and which justifies what Earth evolved into for the future story.

This means paying attention to government, society, tropes, religions and beliefs, morals, science, technology, and so on. Attire, tool, weapons, modes of transportation and communication are also factors to consider in order to make the future believable.

Once more let me stress that it's imperative you, the writer, the author, make your medieval, steampunk, or futuristic world setting believable. That way you ensure the reader is never taken out of the story world or questions what's going on.

And once more, it's about knowing what is in the real world, the true histories of a historical time period, how mechanical or scientific devices work (or should function). For Steampunk and Futuristic, it's also about extrapolating the known to arrive at possibilities that can be believed.

*****
Coming in September - SETTING AS CHARACTER