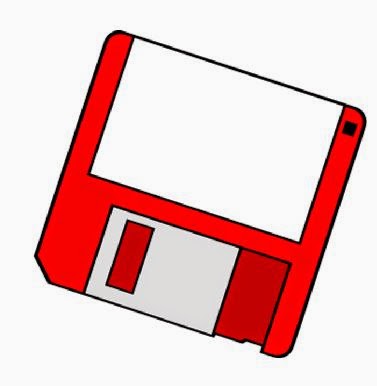 I like things broken down into manageable increments, so when I draft a story, each chapter has a separate file. After the final polish of all the chapters, I'll merge them into one document for submission.

When I was writing short stories, one computer file sufficed —  UNTIL — I was into writing novels.  At a writers' conference, the after-hours topic came up of one file or chapter files for novels. Well, the floodgates of stories about computer crashes, hard drives having damaged sectors, dropped laptops, floppy disks (and later the 3.5" ones) being damaged by  unintentional exposure to heat/cold, and so on, was my wake-up call. A few conferences later, there was the "theft" stories that then had me backing things up. So, I'm all for—

1) keeping one hard copy around of all completed work (I keep the drafts and the backup paperwork, sketches, research, etc. in a Banker's Box) but the final, finished document I put in a 3-ring binder.

2) keeping a backup disk (CD or USB) copy (which is in an environmentally safe place so it will last the eight years, or so, that's their average lifespan before they have to be recopied)

4) one hard copy always goes to my daughter who lives out of state (in case of an unforeseen natural disaster - fire, tornado, etc.)

Have I ever had a problem with losing a story? Not the entire story, but yes, a long, long time ago, one story had no Chapter 13 because the computer developed "a bad sector."  Was I devastated by the loss? No. I had a hard copy (at the time I didn't have a computer with floppy disks). Of course, I didn't like having to retype 5,000 or so words, but at least it wasn't the entire novel.

So, have you ever lost a story or a piece of one to a computer glitch? Lost a USB drive or CD with your story on it? What happened and how did you remedy things so it wouldn't happen again?

*** MY WORKSHOP SCHEDULE CAN BE FOUND HERE