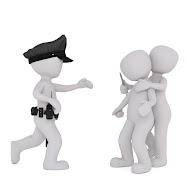 Posted by Catherine at 3:56 PM

It's interesting that "money" tops your list. Money seems to drive a lot in society these days.

Hi, Janet,
Yes, money is, as they say, the root of all evil. Thanks for commenting.

Today I received an email about a missing element for the list - insanity. Being delusional isn't necessarily insanity but both deal with mental illness so I revised that entry.